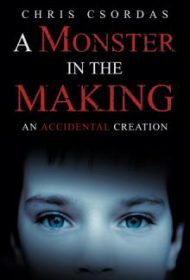 Growing up in small-town Canada, 11-year-old Ben lives a tortured existence. Born to drug-addicted parents, he is bullied at school and reduced to sleeping in a barely habitable basement at home.

One night, Ben’s mother, Amy, kills his abusive father, Matt, during a fight. Terrified of losing his mother, Ben helps her dispose of the body. Deprived of Matt’s malign influence, Amy cleans up her act, quitting drugs and getting a job. She is unnerved, however, by Ben’s affectless reaction to his father’s death.

Nevertheless, Ben’s life seems to be turning around. A new babysitter, April, is kind to him despite the awkward crush he has on her. And he stands up to a bully, which gets him in trouble but also gets him special mentorship from Mr. Anderson, his school principal.

This idyll doesn’t last, as Mr. Anderson reveals a dark side of his own character that starts Ben on a murderous path. As Amy begins to realize what is going on and that she must stop it, Ben becomes increasingly dangerous.

Given the abominable behavior of his first victims, Ben is likely to garner readers’ sympathy when he begins fighting back, despite the gruesome measures he takes. Csordas later skillfully turns this sympathy into revulsion as he portrays Ben’s growing desensitization and selfishness, which develops into a willingness to hurt even those closest to him. He provides another compelling character in Amy. She begins as a selfish and unsympathetic character but develops insight, courage and compassion (while remaining realistically flawed).

Csordas has developed an engrossing narrative that, given its short length, relentless pace and well-developed characters, is difficult to put down. A Monster in the Making will likely delight fans of psychological horror. They will also relish the potential for a sequel that the story’s open-ended, though still satisfying, conclusion provides.