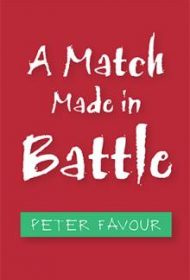 Blending fantasy and romance, A Match Made in Battle tries but, unfortunately, fails to tell its story due to serious writing obstacles.

While the plot is hard to discern, the broad outline seems to be: Kamara is a princess with a secret; she possesses supernatural powers and exhibits strength beyond human capacity. However, she doesn’t know where in her lineage these powers originated. With her kingdom embroiled in conflict, it’s decided a marriage would help end the strife, and, as princess, it’s Kamara’s duty to find a mate. What follows is the story of a confident, gifted young woman attempting to find her way politically and romantically.

Many writing issues are to blame for the story’s general incoherence. First, capitalization and punctuation are used incorrectly or not at all; no names are capitalized, nor the beginning of sentences. In an already confusing timeline and plot, the lack of capitalization makes it nearly impossible to distinguish the characters, who often go by multiple names. Second, incorrect word usage, spelling errors and sentence structure hamper reader comprehension. Here is an example that shows most of the above problems:  “…he didnt let go of kamara for a mere hand shake, not a chance. He simply moved her to his left side first, pining her closer with his left hand as he took the elderly mans hand.”

Furthermore, while A Match Made in Battle contains some interesting components—e.g., the hint of chemistry between Kamara and the prince and the presence of modern technology—they  simply aren’t well-executed. Most notably, Kamara’s supernatural abilities initially appear to be a major plot focus, but they’re rarely mentioned throughout the rest of the story and do little to advance the plot or character development.

In sum, A Match Made in Battle requires extensive editing before it can be considered a successful or readable fantasy romance.