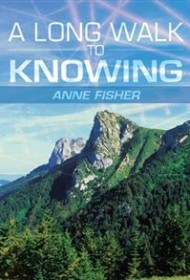 Anne Fisher pays tribute to the Occupy Movement with this enthusiastic but flawed story of a rugged individualist who sacrifices her dreams of earning her doctorate to escape into the wilderness.

This dystopian novel opens in 2125 and tells the story of Rose, who has fled a totalitarian regime in a major city to set out for the woods north of San Francisco. It flashes back and forth between Rose’s struggles to survive in the wilderness and her previously docile life as a university student and writer for the communications department of “The Government.”

Fisher is deliberately cruel to her protagonist. Rose is obsessively protective of her emotions, vowing never to marry or have children. As the novel opens, Rose is in a relationship with a neighbor, Jeff, who is dispatched from the story when he burns to death in an industrial accident. Soon after, her parents commit suicide, sending Rose deeper into an emotional spiral.

Much of the book is devoted to the politics that drove Rose into the wilderness. Her advisor tells her, in Dilbert-esque fashion, that her efforts are pointless. “I applaud your goals…but you must understand, the culture in the work site is not supportive to personal or professional growth.” Without any real analysis of the social issues involved, Rose begins to rail against the corruption of her government oppressors—“the bastards are like a cancer that just will not stop taking everything for themselves,” she says. Eventually, Rose enters a relationship with another refugee and settles down to have children in a commune-like community.

Unfortunately, the writing here is wooden, with little dialogue to break up long expository passages. Grammatical, punctuation and word choice errors abound. (“She began to groan, and then let out a muffled moan as she reached her first organism [sic].”) Fisher’s desire to expose class inequity in American society is commendable, but the novel’s execution ultimately hamstrings the reader’s ability to fully immerse in the story.