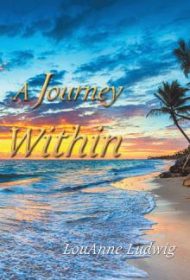 Presented as a fable, this inspirational book distills spiritual messages from various sources into one story. The author simplifies concepts borrowed from Abraham Hicks, Wayne Dyer, Caroline Myss, and others by setting them within a framework reminiscent of Yann Martel’s novel, Life of Pi.

Concepts, such as setting intentions, mindfulness, radical forgiveness, living in the now, meditation, letting go, and God-centered thinking will be familiar to readers of metaphysical books. The fable involves a young boy, his pet monkey (symbolizing family and friends), flocks of seagulls (representing life’s problems and irritations) and a God-like mentor who guides the boy during his inexplicable time stranded on a deserted island.

At first, the boy cannot get food or stay safe, but the mentor appears when the child needs him most. The God-like being provides the boy with wisdom, and he learns to adjust his thinking and behavior to escape the island and return home to his family.

The nonfiction elements condense other people’s ideas fairly well. The allegory is less successful. The author explains that the boy’s story is actually her own story; therefore, readers may wonder why the character isn’t female. There’s also confusion about why the boy’s enlightenment comes in a dream from which he awakens to his family, when according to many metaphysical writers, what we perceive as waking life is the dream.

The book contains minor writing problems, such as the overused “once upon a time” beginnings to each of the 14 chapters, and occasional misused words, such as “tirade” when “tribulation” or “ordeal” would have been more accurate. Long, rambling sentences require punctuation and editing: “What a surprise that was for the youngster who had come to know it as his home way back when but had since made himself quite comfortable together again with his family in his California home.”

This book provides a useful roundup of established metaphysical ideas. Some readers may appreciate this, despite the less-useful allegory.