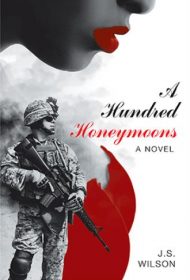 J.S. Wilson wastes no time getting to the theme of his unflinching novel: teen love and sex. His story is devoted to the sexually-explicit escapades of teenagers Sally, her boyfriend Todd, and her best friend Brenda.

Sally and Brenda are high school cheerleaders whose coach pimps them out to football players and booster club members. The girls want to maintain their status as cheerleaders, and the coach’s threats to remove them if they don’t comply are effective, along with other persuasive methods.

When Sally first meets fellow student Todd, she proclaims that one day she’ll marry him. He’s a good student, a member of JROTC and on the school boxing team.

Many of the story’s characters are one-dimensional: all bad (the coach) or all good (Sally’s church-going grandmother). Once aware of Sally’s racy behavior, her grandmother turns to the church deacon for guidance. Ironically, he’s one of the bad guys; as a member of the booster club, he intimately knows Sally and Brenda. It’s difficult to fathom that no responsible adults interfere with this set up.

The dialogue is often stilted; confusing shifts in time are common, and the narrative over-emphasizes the girls’ obsession with their large breasts. Additionally, the story is replete with unnecessary details, not just of sex but also of places, such as descriptions of every building on a block.

An emphasis on physical, rather than more meaningful attributes, and a lack of believability make this coming-of-age novel a challenging read.