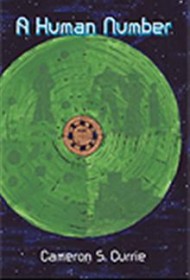 Featuring a protagonist who suffers from insomnia and has a penchant for coffee and cigarettes, this science fiction novel—which has an undeniably quirky Philip K. Dick bent—blends time travel elements with apocalyptic Biblical myth.

Bill Scolinski is an accountant at a Canadian business being coerced by his unethical boss into laundering money. Or he is a convicted terrorist. Or a patient in an insane asylum. Or an engineering genius who has designed a massive spaceship that will transport tens of thousands of humans to a distant planet. Or, quite possibly, he is all of the above.

Suffering from chronic insomnia, Bill doesn’t have the tightest grip on reality. Every time he wakes up, it seems that he is in another time period of his life. Complicating matters is Bill’s ability to see into the spirit world. It is here where he begins to put together the pieces of his fractured existence. Central to this mystery are three seemingly godlike brothers who are desperately attempting to manipulate Bill in some way.

The quotes from the book of Revelation referenced throughout the novel—as well as the title—lead readers to believe there could be a deeply religious undertone here; however, that aspect of the storyline is only superficially explored. On the plus side, the author does speculate on a number of fascinating potential future developments, including the populace being forced into getting Orwellian-like “Markers” implanted in their wrists and Christianity being seen as a deadly cult. And although the unreliable narrator’s time-hopping seems directionless in the beginning of the novel, there is ultimately a method to the author’s madness.

While the revelations at novel’s end may not be as powerful or thematically profound as hoped for, the conclusion is still highly entertaining and satisfying. As the protagonist’s misadventures through time and space so fittingly exemplify, God indeed has a plan for everyone—all you need is a little faith.