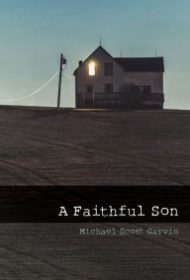 Acceptance is the principal theme addressed by Michael Scott Garvin in his absorbing coming of age novel, A Faithful Son.

Zachariah Nance narrates his life story, focusing on growing up in Durango, Colo., as the son of a religious mother and alcoholic father. Zach has two sisters, but the narrative unfolds through his perspective alone.

Employing lively details and expressive language, Garvin deftly describes southwest Colorado. The area’s natural beauty and the small, close-minded town play pivotal roles in Zach’s life; even as a young boy, Zach is keenly aware of the wonders of the San Juan Mountains. He also sees firsthand what happens to anyone different from the norm: a black family shunned in their efforts to run a small grocery; an effeminate boy beaten by bullies; and Zach’s own father rebuffed because of alcohol. Zach knows he has reason to fear being similarly scorned.

Through Zach, Garvin injects humor and pathos. The former is evident in descriptions of the group of devout and gossipy church ladies his mother is part of; the latter is seen through Zach’s own struggles to acknowledge, and later accept, that as much as he wants to be one of the guys, he isn’t.

Although Durango is the primary location, the story moves to southern California. Leaving behind his beloved mountains, Zach remains a dutiful son to his mother, long estranged from her husband.

Since locale is a major component of Zach’s story, the few erroneous details are jarring: Durango has no interstate; and someone moving from Durango wouldn’t go to Idaho via Oklahoma City. The rest of the novel rings true to the spirit of place and the characters’ emotions, so these missteps are conspicuous for those who know the area.

Nonetheless, Garvin’s novel is compelling and presents, in Zach, a likeable, believable character. Readers will find themselves moved by Zach’s efforts to accept his true self and will heartily cheer him on to his ultimate triumph.