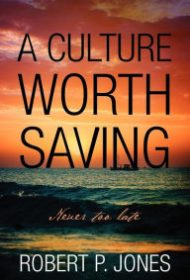 For almost half a century, Robert P. Jones has served as executive director of the Southeastern Fisheries Association, and this passionate memoir reveals exactly where his sympathies lie. For him, the hardy, ethnically diverse shrimpers, tuna fishermen and processing-plant operators he represents are beloved “men and women of the sea;” environmentalists, real estate developers and outdoor-sports columnists who, to one degree or another, oppose commercial fishing in Florida are “militant propagandists” or “radical greenies” trying to destroy a centuries-old culture.

For 257 pages, the fishermen’s chief lobbyist . . . lobbies. He’s often eloquent.
With unfailing warmth, Jones recalls boyhood days fishing for mullet with his father and brother in their hometown of St. Augustine. He chuckles about a boatload of seasick Florida lawmakers caught in a squall in the treacherous Rebecca Channel, and he replays bitter political “fish fights” over the legal status of the king mackerel, the supposed endangerment of swordfish and a 1995 ban on gill nets.

The author praises old friends like St. Petersburg marine biologist Bob Ingle and a crusty Key West “conch” named Edwin Felton, but heaps scorn on some recalcitrant elected officials. He harbors a special animosity toward the state’s Marine Fisheries Commission, a bureaucracy he says helped ruin the world he loves.

This book has limited appeal (it helps if you sleep in an oyster bed) but its elegiac tone is universal. “I had no idea I would spend nearly 50 years of my life protecting the culture of commercial fishermen and fighting for the survival of a very fragile food-producing industry,” Jones concludes.