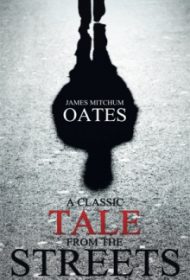 Set in a crime-infested section of Los Angeles, this novel about an inner-city youth delivers a tale of poverty, drugs, gangs, guns, murders, and redemption through Jesus Christ.

Teenager Dan Whitlock attends the worst high school in the city, a place where students take drugs, fight on campus, and carry weapons. When his older brother fights with a Blood gang member, Dan overhears a death threat issued to the entire Whitlock family. Heavy foreshadowing precedes the slaughter of Dan’s parents and brother.

Afterward, Dan moves in with his Uncle Ted, and both develop unhealthy coping strategies: Dan turns to violence, theft, and drugs with the Crips gang, and Ted becomes an alcoholic. Reading the Bible and attending church help the men change their ways. Dan also finds love with a good woman.

Even taking Ebonics into account for the speech of gang members, the book’s narration contains numerous spelling, grammatical, punctuation, and usage errors, in addition to repetition, inconsistencies, tense changes, and jarring shifts in point of view. The majority of the story is written in first-person through Dan’s point of view, but without warning the narrative changes to third-person omniscient to describe police activities and other scenes (some of which involve Dan). Unimportant details, such as clothing brands and prices, and fast food menu items and prices are needlessly included.

This novel may be intended to discourage gang violence, but its problematic presentation lessens its effect. Due to the flaws mentioned, it’s likely to have limited appeal.