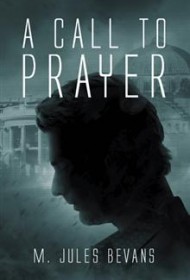 This noir espionage tale revolves around an ill-fated romance and double dealing between an ardent jihadist blogger and the CIA agent who controls him.

Mehmet, the jihadist hero, first encounters the CIA agent, Josie, when he’s arrested in Istanbul for sedition. His blog links him to a major terrorist, and the Turkish Secret Service and CIA blackmail Mehmet into helping them track the man down. Because Mehmet is weak-willed, Josie is assigned to keep a close leash on him and the “two lonely souls, parched and starved” become enamored of one another. When they finally make love, he leaves her unsatisfied and distraught. “A feeling of loneliness overcame her, and one of humiliation as well…What can you say when someone gives you all they’ve got and it’s not enough?” As the plot unfolds, the terrorists turn Mehmet into a double agent bent on killing his controllers and lover in a suicide bombing.

The novel presents a bleak vision of the terrorist-counter-terrorist world, a place where drones and terrorists alike kill innocent people, nothing and no one really changes, and love only leaves one disappointed, betrayed and alone. The story is peppered with graphic violence, salacious sex, and torture, including a vivid enema scene in a Turkish jail, which might limit its appeal to a wide audience.

M. Jules Bevans spreads an impressive tapestry of the sights, sounds and smells of the shadowy back alleys of Istanbul, Cairo and Yemen, but the narrative delivers too many inessential details of what characters are wearing and such and too long ponders whether or not the hero will become a spy — after clearly revealing this plot point on the back cover. A keen-eyed editor could eliminate a large chunk of narrative and greatly improve the story’s pace.

While showing initial promise, the novel eventually sags under the weight of too much superfluous information and fails to maintain the tension a spy thriller requires to sustain reader interest throughout.