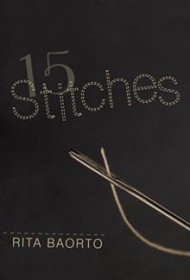 Essentially a paranormal romance, this debut novel—presumably for young adult readers—has a decided Twilight feel to it. Steeped in adolescent angst and set largely on the grounds of a private school near Philadelphia, the storyline revolves around a girl named Harmony, who, after overcoming the horrific experience of being raped, is struggling to regain her life as it was before the crime occurred.

Returning to school after a long absence, Harmony finds it difficult to connect with her old friends—especially her crush Damon, who now seems arrogant and mean. The one bright spot is meeting a boy who is simultaneously handsome and strange. Keith Draykon generally doesn’t talk to anyone, but he and Harmony hit it off when partnered up for a class. A love triangle of sorts is created when Damon continues to show interest in Harmony— but then he brutally attacks her in the woods. Saved by Keith, Harmony’s existence takes yet another bizarre turn when she learns that he is a human-Dragon hybrid and that his family is involved in a war between Dragons and Griffins that has been ongoing for millennia.

Undeniably a page-turner, the novel suffers nonetheless from some craft issues. Written in first person, some sequences repeatedly begin with “I,” giving the writing an unpolished feel. Additionally, numerous plot holes exist surrounding the war between Dragons and Griffins and their respective societies, and overall description is conspicuously absent (the portrayal of the supernatural beings, for example, could have been much more vivid and memorable) as is characterization. While Harmony is fully realized, the rest of the cast is one-dimensional.

Dragon-powered paranormal romance peaked about a decade ago (series by Deborah Cooke, Shana Abe, Katie MacAlister, Thea Harrison, et. al.) but still remains popular. While not a flawless read, this novel is powered by an engrossing storyline that should appeal to anyone who enjoys young adult paranormal fantasy/romance.